This article contains affiliate links. If you click on these and make a purchase, we may receive a small percentage of the sale. Click here to find out more.

The Burris FastFire III is the latest version of the very popular Burris FastFire, and it offers more useful features than its predecessors. One of the greatest improvements this model offers over the previous versions is an easy-to-reach battery access. Unlike the previous models that had to be taken off the mounting platform every time you had to change the battery, this model’s battery can be accessed from the top, so you can change it without detaching the sight from the rifle. This is a very useful feature as it will allow you to change the battery quickly in field conditions without losing the sight’s zero or having to unscrew it and screw it back on.

See The Price On Amazon!

Unlike its predecessors, the FastFire III comes with a 3 MOA dot, not a 4 MOA one. The smaller dot might seem like a disadvantage at a first glance, but in reality, this dot size will allow you to take a more accurate medium to long-range shots. The larger dot is better suited for close and mid-range shots, but this one will offer a better balanced aiming point, suitable for all your shots. 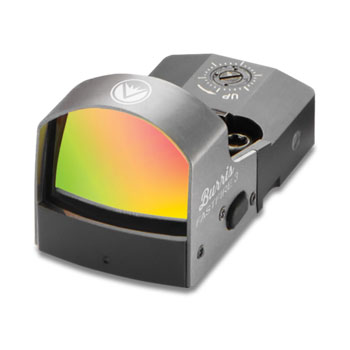 The previous models of the FastFire came with an automated brightness setting that would change the red dot’s brightness depending on the ambient light. This model also uses that setting, but it goes a step further and it also offers a manual switch that allows you to adjust the brightness intensity on three different levels. When you’re using the automated brightness feature, the unit will change the dot’s intensity, but it might change it unnecessarily at times. For example, you might be standing in the shade of a tree in an otherwise bright area. Dimming the red dot will only make it harder for you to acquire your target. Using the manual brightness setting will eliminate this problem altogether, allowing you to choose when the sight can dim the dot by itself and when it can’t.

This model comes with adjustable windage and elevation settings. Moreover, you won’t need any tools to adjust these settings, you can do it easily using a coin or a spent cartridge. This will allow you to make minute adjustments in the field without having to carry any tools with you.

The Burris FastFire III is made out of high-quality materials that make it durable yet lightweight. Once you install this red dot sight on your AR15, you won’t have to worry about it losing its zero because of the rifle’s recoil. In fact, the FastFire III is strong enough to withstand everything you throw at it, including the eventual bumps or drops it might experience in field conditions.

Since we started this review by comparing the FastFire III with its predecessors, it’s only fair to do it all the way. This model is indeed more expensive than the previous models of the sight, and you might be wondering if the functions and features it offers are really worth the price difference.

Well, one of the major improvements this model brings to the table is the top battery access. Changing the battery on the previous FastFire models was a pain, and it was slow and difficult to do in field conditions. The automatic brightness adjustment is still present in this model, just as it was in the previous versions, but some customers argue that it’s not as sensitive. While this might be true, the differences are in our opinion too small to notice. The smaller red dot will help you make more accurate mid to long distance shots, so that can also be considered a plus. These are the major differences between the models. Now that you know about them, you can make your own decision on which FastFire to buy.

See The Price On Amazon!

All in all, the Burris FastFire III is a good red dot sight that comes at a decent price. This unit is easy to install and user-friendly, so it’s a very good model for beginner shooters or newbies. 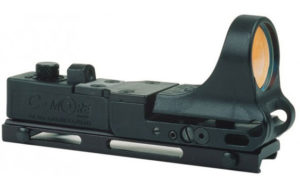 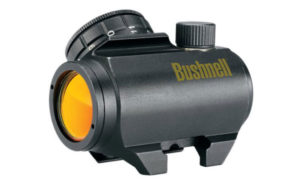 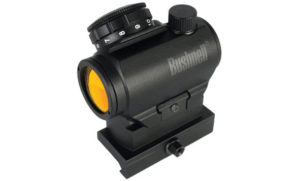 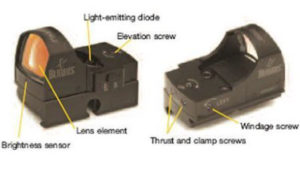 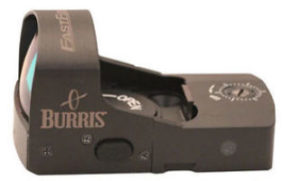 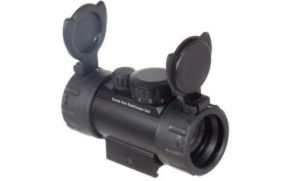 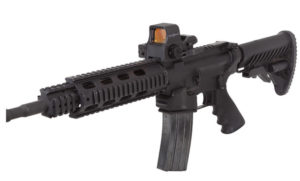 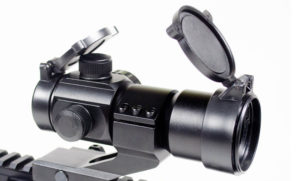 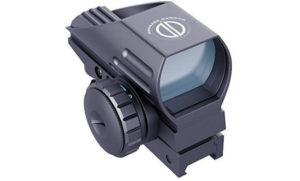